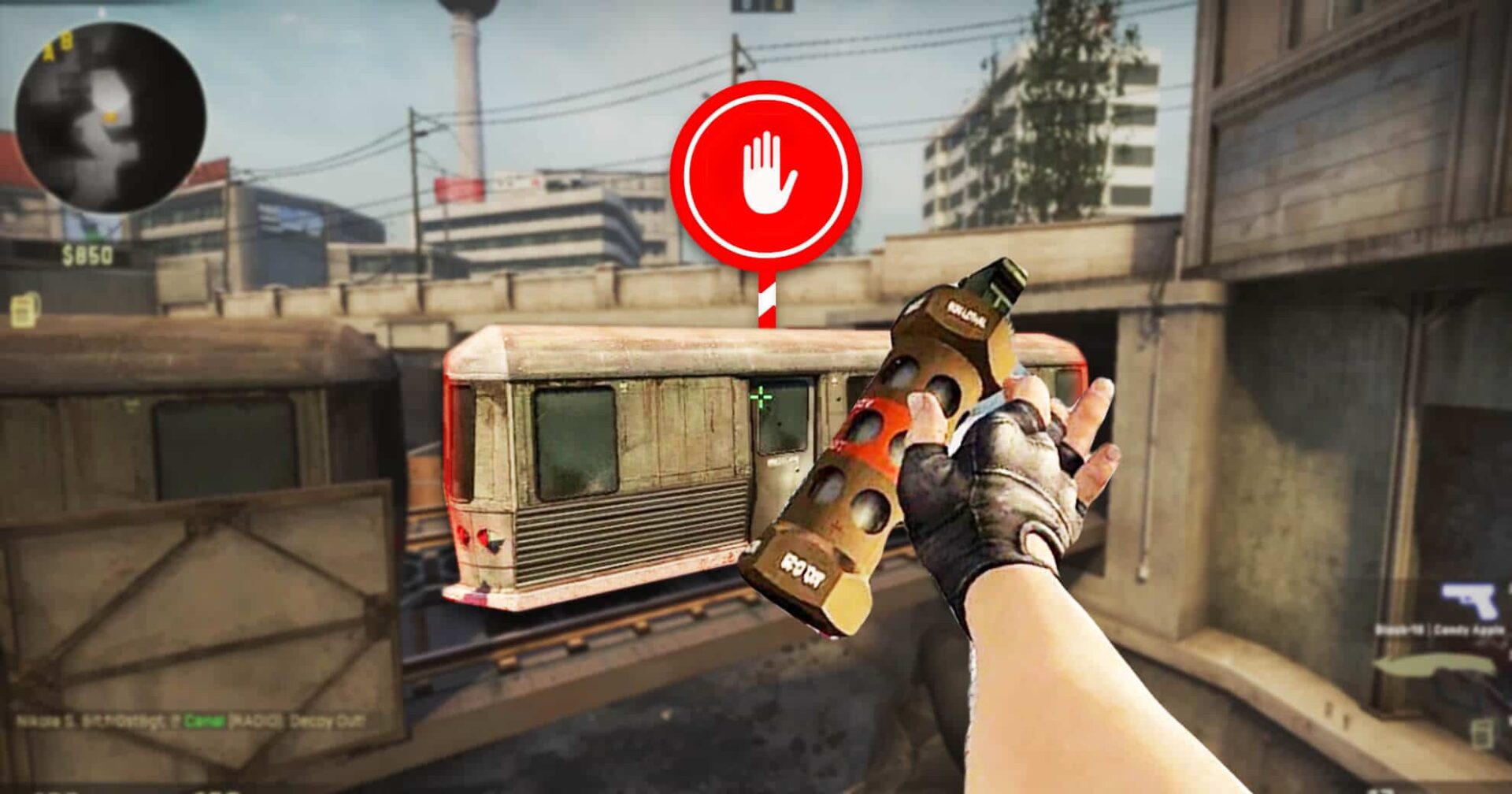 It has been quite some time since anyone last reported a bug or an exploit in CS:GO but it is simply not possible for the game to go too long without facing a slight issue which makes for both a few brilliant clips and obviously a handful of ruined games. An exploit on Overpass has recently been discovered which allows players to stop the train towards ‘B-Site’ using nothing but a decoy.

Yes, it sounds a bit ridiculous but it is 100% true and has not been fixed at the time of writing this article. A weird bug exists on Overpass that allows players to stop the train towards ‘B-Site’ by simply throwing a decoy on the tracks.

What happens when a decoy is thrown onto the tracks is that upon the train’s arrival it simply comes to a stop and stays that way until the decoy blows, after which it proceeds to go on its way. Multiple decoy grenades can be stacked one after the other to keep the train stationary if the players wish to do so.

This exploit is definitely not new and was initially discovered back in 2015 with both FACEIT and DreamHack even taking a decision to ban it for one particular CS:GO tournament, DreamHack Valencia 2015.

Somehow it had gone undetected for all these years and was recently unearthed by x6tence’s CS:GO coach Morten “zEVES” Vollan which sparked a debate within the CS:GO community whether this would be treated as a glitch or a feature of the map itself.

According to Michal “Michau” Slowinski, he does not recall seeing a specific rule about this but he thinks “It will come down to TO’s interpretation, one could see it as a map feature, but some others might see it as some form of bug abuse.” While others think that if it is not mentioned in the rulebook specifically it should be treated as a map feature.

This exploit is indeed game-breaking as T-side likes to attack the ‘B-Site’ aggressively at times to change the tempo of the game or to win a round when they do not have a lot of firepower on their side but in order to achieve this they throw in a few utilities some of which can be hindered due to the stationary train cutting off their lineups.

Sometimes players come up with creative ways to fake the opposition and this stationary train could be a huge hindrance when it comes to that. The map has already witnessed one of the most game-breaking bug being abused on it, the infamous ‘Olofmeister boost’.

It will be interesting to see how Valve treats this one, do they fix it hence treating it as an exploit or do they let it be which others can consider as a map feature!