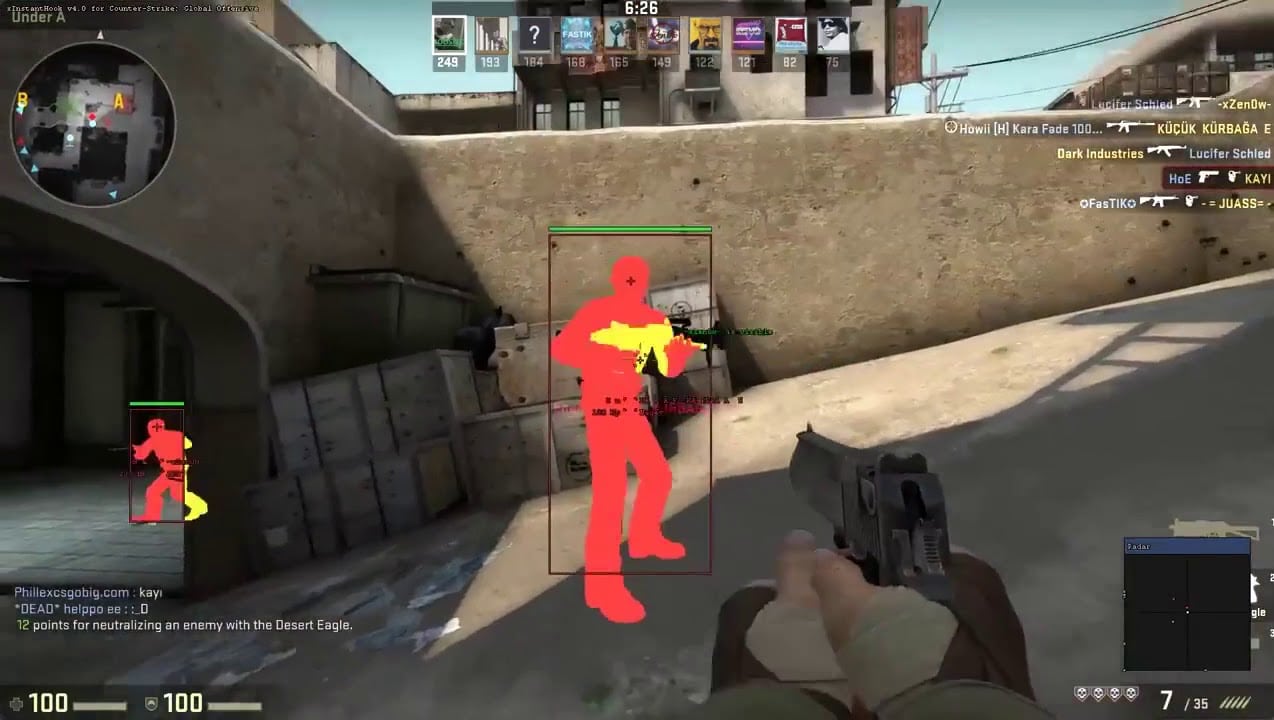 Valve called out by CSGO caster for rampant cheating

Counter-Strike: Global Offensive is one of the most challenging shooters to master, but its hacker problem may be a bigger issue than the steep learning curve.

CSGO players are no stranger to enemies turning on third-party software to gain an edge in the middle of the game. Caster Harry “JustHarry” Russell brought this up after he was matched up against cheaters in his ranked games.

Valve’s shooter is crammed with people who exploit VAC and utilize cheat programs to rank up. While almost every other game has cheaters, CSGO’s hacker problem is becoming a much bigger issue as the game grows. The number of cheaters spiked after CSGO went free to play on Steam in 2018 and hasn’t slowed down too much since. New players log into their Steam accounts and find an easier way to climb ranks. Fresh accounts with cheats like aimbot, spinbots, and wallhacks squeeze the fun out of the game for serious CSGO players who found a safe haven in FACEIT.

When JustHarry touched upon the subject, it naturally prompted a frustrating reaction from the players.

The caster emphasized that hackers have always marred the in-game fun, but recently the surge has increased drastically. He also complained about the server tick rate, which was backed by fellow caster Mohan “launders” Govindasamy.

A plethora of CSGO players have shifted to FACEIT hubs for a reliable gaming experience, but that shouldn’t be the case. Players shouldn’t have to rely on a whole separate matchmaking service to enjoy CSGO when it has its own matchmaking mode.

Many other players doubled down on JustHarry’s point and stressed that CSGO matchmaking is “unplayable” at this point. The tweet snowballed into a whole discussion that discussed the loopholes and flaws in the broken CSGO experience.

Launders highlighted the flaws in the matchmaking system and called out Valve to pay attention to its “labor of love.”

Launders went further and pointed out the staleness in the CSGO competitive scene that hasn’t received a map update in a long time. The competitive map pool in CSGO is still relatively small and players gravitate to Dust 2 and Mirage, with many event-related maps never getting added to the proper competitive map pool. He also ripped on the server tick rate, trusted mode, and many more nuances of CSGO. According to Launders, on top of everything else, matchmaking is still “unreliable because of cheaters.”

CSGO is still on the rise but these issues can undermine things in the long term. Valve may want to reevaluate CSGO matchmaking and overhaul it in order to attract new players and keep its loyal base.