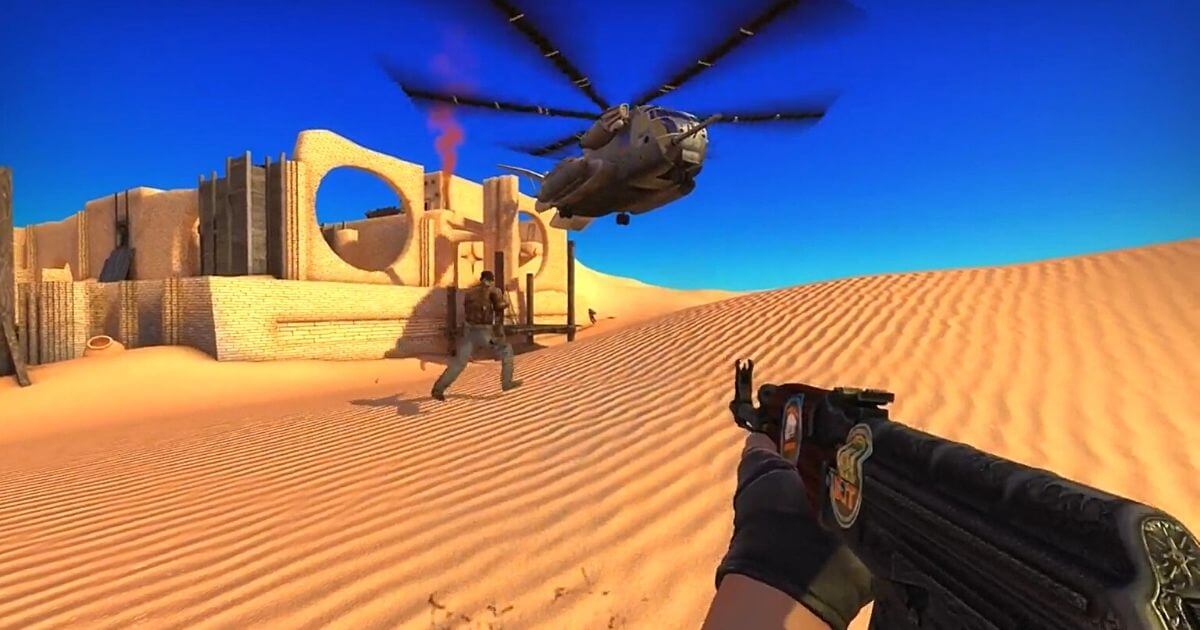 Every day we come across a lot of unique CS:GO content made by the community members, each better than the other. Be it weapon skins, gameplay clips, absurd bugs, or even pointing out how broken the game is because the chicken won’t stop spinning in circles, there is a place for everything bizarre. This time a map creator who goes by the name of Richard “UselessMouth” Chirkin has presented the community with a stunning hostage rescue map called ‘Rift’ that has a helicopter based gameplay element to it.

Popular CS:GO map creator UselessMouth along with a few other creators has made a hostage rescue map with a quite the twist. The map called ‘Rift’ takes the usual hostage rescue concept and throws it out the window, replacing it with some helicopter-based action.

According to the developer “Rift is a hostage rescue map with 2 randomized rescue zones. CT has to wait for the helicopter arrival to extract the hostage and T has to stop them.”

The image above is the blueprint of the map which shows us the two rescue zones, the spawn points, and the hostage rescue location. The CT has to reach the hostage location and then proceed towards the randomly selected extraction point while the T try to stop them from doing so.

UselessMouth had originally created ‘Rift’ for the Wingman game mode but states that the user can play any other game mode that they want to like Deathmatch, Arms Race, and more. His team has received a lot of positive feedback on Reddit and even more community rewards on the Workshop page.