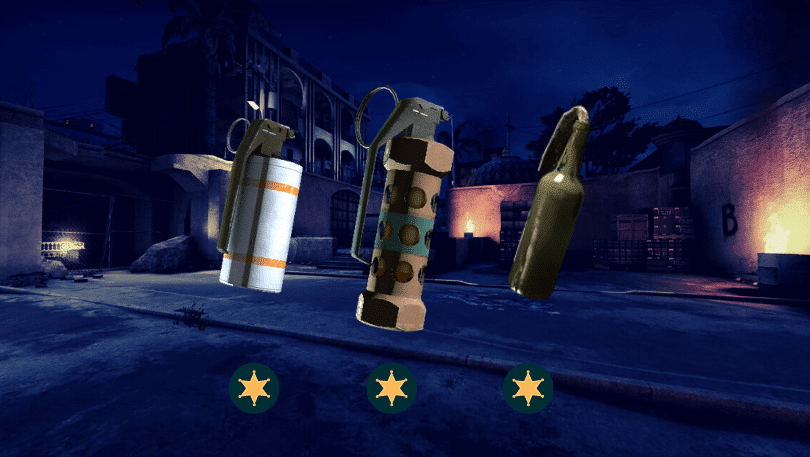 It’s time to discard the classic rush B strategy. These new utility lineups will help you breeze into the B site safely from mid.

Counter-Strike: Global Offensive’s oldest and most legendary locale of Dust 2 lives on and remains one of the most challenging maps to play. Years after its original release, players are still figuring it out.

Getting middle control on Dust 2 can be an arduous task as the middle of the map is designed to suit the Counter-Terrorists, who can easily peek off enemies pushing in from double doors. Terrorists can get ambushed from A short or CT spawn, making mid a rought area to take. However, some well-placed utility can help the T-side overpower the CTs in mid.

To safely move through double doors, you may want to block out A short, CT, and clear out chokepoints around mid. Using a flashbang, molotov, and smoke grenade, players can open all three angles.

How to open mid on Dust 2

Most CT smoke lineups begin from the mid ramp, which can be risky, especially if you’re solo queueing. The lack of cover can result in a quick death. This CT smoke lineup begins from car, allowing you to create a mid setup safely.

Attach yourself to the crates and aim towards the windows, as shown in the image.

Keeping your crosshair on window top, run until you reach the bottom, and jump throw.

The smoke will completely block out CT, but A short and double doors could still hinder your mid push. A short stair is the most common angle for enemies to scout tunnels. To distract the enemy at A short, align yourself with the lower tunnel’s entrance so that the wooden plank next to X-box is visible. Aim at the corner of the window, as shown in the image.

Throw the flashbang to blindside enemies holding A short. You can use this same lineup to throw an explosive grenade. Either of the two will help clear out the short ramp, allowing you to move towards mid.

Clear mid doors on Dust 2 with this molotov

Before stepping outside the double doors, make sure that all nooks and corners are clear. In partial buy rounds, CT enemies often sit close to the alcove behind the door with an SMG to take close-range battles. Using a molotov, you can cook up the enemy before you even see them.

For this lineup, use the same position as you did for flashbang. This time, place your crosshair at the top of double doors and throw the molotov. The fire will spread out on the corners across the door, burning the enemy to death.

These three lineups should clear out all critical angles for Ts, making aim duels against mid CT enemies easier to take. There’s usually an AWP holding double doors who’d likely fail to respond to a hard rifle push. You can execute this setup all by yourself or request that your teammates to smoke out CT while setting up utility for short.