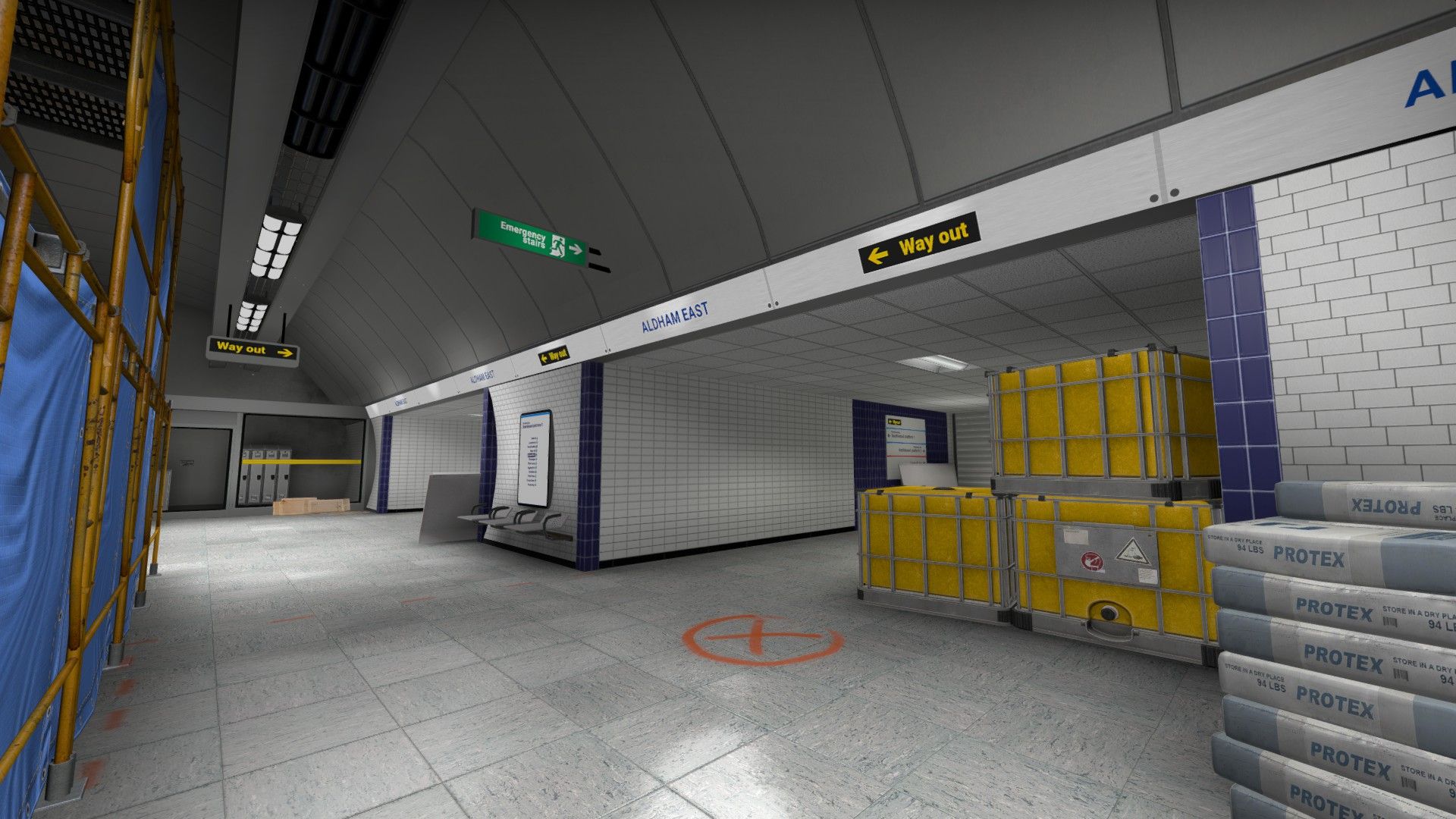 Alongside the main game, Counter-Strike: Global Offensive has a pretty active custom map creator community – and one new, particularly impressive fan-made map lets you hare around a (fictional) London Underground train station. The map, titled ‘Oyster’ – presumably after the travel card – is for the FPS game’s 2v2 Wingman mode, and sees you battle it out in an “under construction” Tube station, Aldham East.

The map was made for the recent Source Engine Discord Wingman mapping competition, creator and level designer Sol Williams explains in a press release. As you can see in the cinematic showcase clip of the map below, while the station itself is fictional, it’s hugely faithful to the look and feel of London’s underground network of tube stations, from its advert-covered white tiled corridors to the signs, escalators, and – heck! – even its litter bins.

“Fifteen stories beneath the streets, within the thick concrete of an under-construction station,” the trailer says, “an organised eastern European agent is to attempt an attack”, in order to destroy a bunch of historical artefacts hidden underneath the station’s floor.

It features “1v1 warmup arenas in Wingman mode, just like in the official maps, so you can practise your aim and taunt your opponent before the match truly begins”, the creator says on their site. They add the map’s designed with a simple layout and plenty of cover, to help put the focus on “key sight-lines, so that players can warm-up their critical skills through aim duels and positioning”.

Take a look at the Oyster CS:GO map for yourself below:

You can find the map on Steam Workshop here if you’re keen to grab it and go dive in yourself.