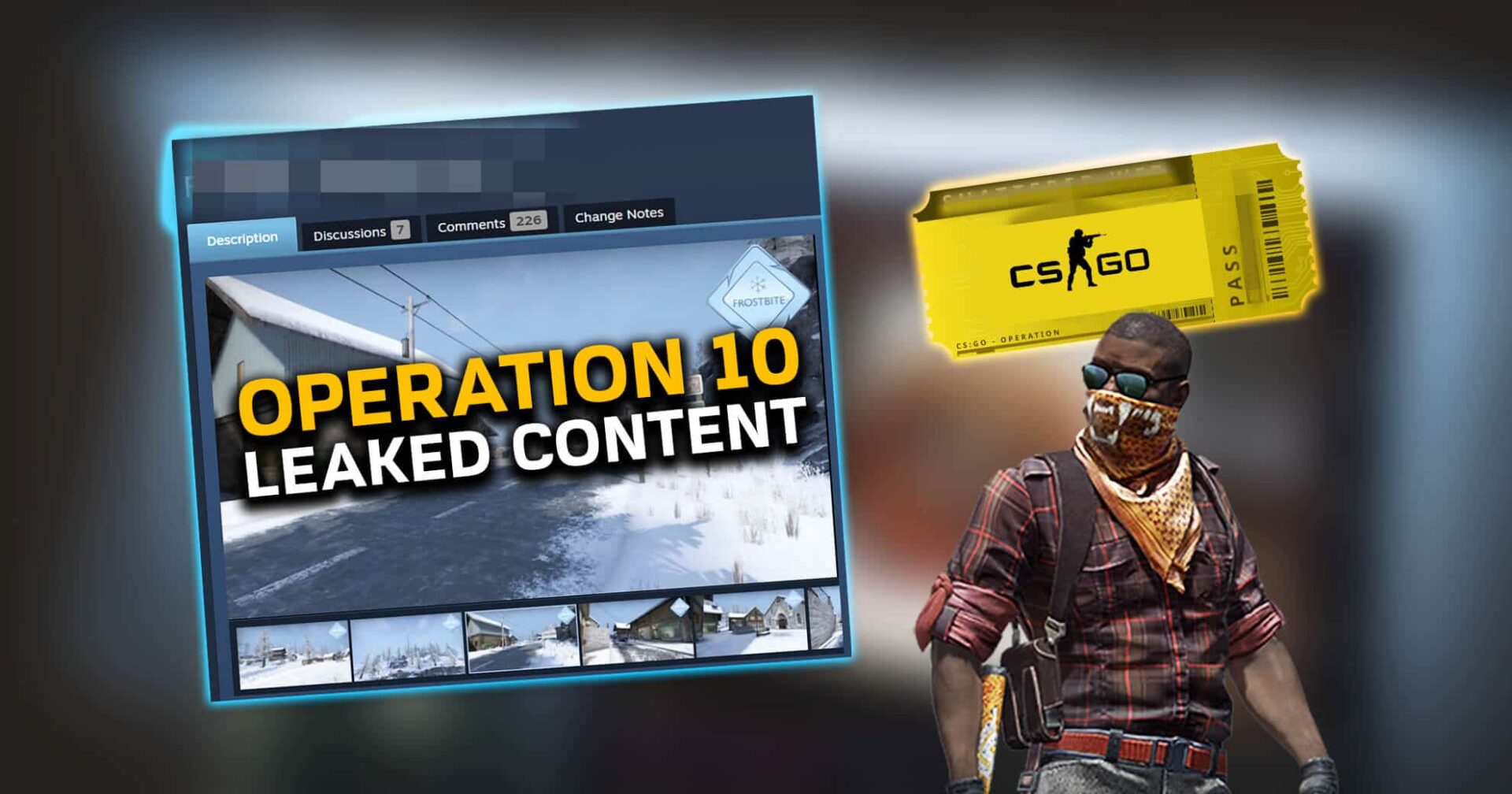 Operation 10 Might Include New Map, 1v1, Survival Co-op, And More

There has been a sudden up rise in speculations surrounding the release of Valve’s latest operation for CS:GO ‘Operation 10’ in the past few weeks. Just a few days back CS:GO insider ‘Nors3’ had claimed that “Operation 10 is confirmed and it will be released really soon” a follow up on this has been provided by ‘Valve News Network’ (VNN) in one of their recent videos where more details pertaining to Valve’s alleged plans about the upcoming operation has been shared with the community.

According to VNN after having kept a tab on each and every update that Valve has rolled out for CS:GO since November last year they believe that Valve is working on something called ‘Seasonal Operations’ which is nothing but an annual operation which will be released in the month of November.

The upcoming ‘Operation 10’ is a part of this which seems to have started last year with operation ‘Shattered Web’ and is most likely themed around winter and snow. The biggest clue leading to this is the much-hyped and talked about Danger Zone map ‘Frostbite’ which was leaked in official game updates.

These seasonal operations might carry their own individual themes and are being rolled out in this fashion to provide the CS:GO community with new content more uniformly.

The biggest addition to ‘Operation 10’ might be a 1v1 game mode which allows users to compete against each other. The assets which lead VNN to believe this date back to the release of ‘Shattered Web’ when a lot of material concerning this was leaked by various users and data miners.

Once again more co-op missions will also be added to the upcoming operation, this time taking advantage of the Danger Zone universe which will be quite similar to the once seen in ‘Shattered Web’.

One of the many co-op missions will include or will be played in a dungeon according to a ‘Source 2’ script that VNN came across. According to the script, there is a mention of an elevator shaft that will probably take the players to a random level of the dungeon where they would need to fight the enemies and clear the area. This could be a survival co-op kind of a game mode where players need to last as long as possible, clearing wave after wave of enemy.

Apart from these three big things allegedly being a part of ‘Operation 10’ a few clues have also been found pointing towards the addition of a new Danger Zone weapon called ‘Tripwire’ and remakes of both ‘Office’ and ‘Mirage’.

These leaks made by Valve News Network claim to add a lot of amazing and new features to the upcoming ‘Operation 10’ which seems to be winter/snow themed and will also be bringing in the Danger Zone map ‘Frostbite’ that has already won over the entire CS:GO community including Chad “SPUNJ” Burchill.