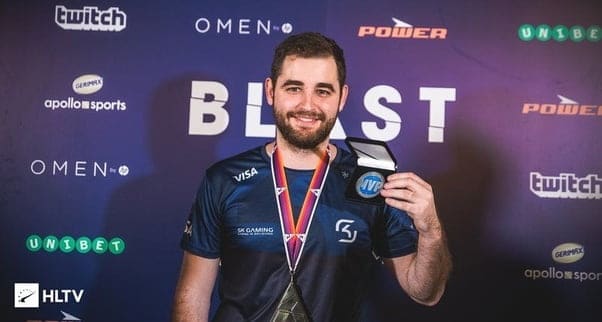 How Much do Professional CSGO Players Earn

Professional CSGO players are reputed to make millions according to some, thanks to the amount of money being poured into eSports by sponsors and with prize pools reaching USD1 million and more. In contrast, others state it is not possible to make a living from it because it is simply a video game.  Here we look at how the truth about how much professional CSGO players really do earn, lies somewhere at the midpoint of these two views.

Professional players are focused on making a career out of the game, rather than treating it as a hobby. They also play regularly in CSGO competitons, progressing up from the lower and mid tiers and aiming for the top rank.

There is much more money in CSGO than even five years ago, and earnings reflect this. Some major prize pools have jumped four-fold in just five years, with prize pools of USD1 million and above no longer unusual. This means that the very best CSGO players, like Gabriel Toledo, known as the Godfather from Brazil has earnings of more than USD1 million thanks to a range of income streams.

The most common form of earnings for international level CSGO players come from a monthly salary paid by the organisations that run their teams. Salaries are less common in the low tiers, where players rely on prize funds. As in other professional sports where a salary is paid, thus removing reliance on winning prize funds, players need to do well to ensure they keep their place on the team. Salaries can range from USD1,000 to USD5,000 per month for those who regularly take part in Majors, but less in lower tiers. Some claim that players of elite teams, including Astralis, MiBR and FaZe, receive up to USD40,000 each month from their organisations.

eSport betting is relatively new, but there are many people within the industry who make money from traditional gambling on CSGO. As one of the most popular online multiplayer game ever, CSGO betting holds the largest share of online gaming markets and there are several CSGO betting sites to choose from. While betting on a CSGO tournament is very different to betting on a football match, the odds on offer are good, with sign up bonuses and promotions.

It is not just the very best professional players that can make a living from being a CSGO player, as mid and low tier teams are earning an average wage, as evidenced when Serbia’s Aleksa Stankić “Impulse” when he played with Valiance in 2018, announced that he was earning more than the average wage for his country. It is only the exceptionally good, signed to the top eSports organisations, who become rich.

A professional CSGO player can also earn money from sponsors. In eSports, sponsors are usually compute equipment manufacturers, producers of energy snacks, and makers of gaming furniture and accessories. For the high tier games, sponsorship also comes from car producers and manufacturers. The value of the sponsorship deal depends on the player or the team.

A secondary source of income for professional players is prize money. Many teams do not make much money from tournaments because the qualifiers and online events do not earn an income. It is the winning that counts, so better teams like AVANGAR can win more than USD100,000, though that is to be split between five players, with the organisation itself taking a cut too.

Sharing of experience and knowledge

Several professional players regularly stream online, most often posting YouTube videos that are high-quality and consistent. Players need a huge number of subscribers to make enough money to live on. However, it is a good way to sell skills and earn extra cash.  These skills can come in useful when professional players retire and take up a post within the industry, such as commentator or analyst, coach or some other position.