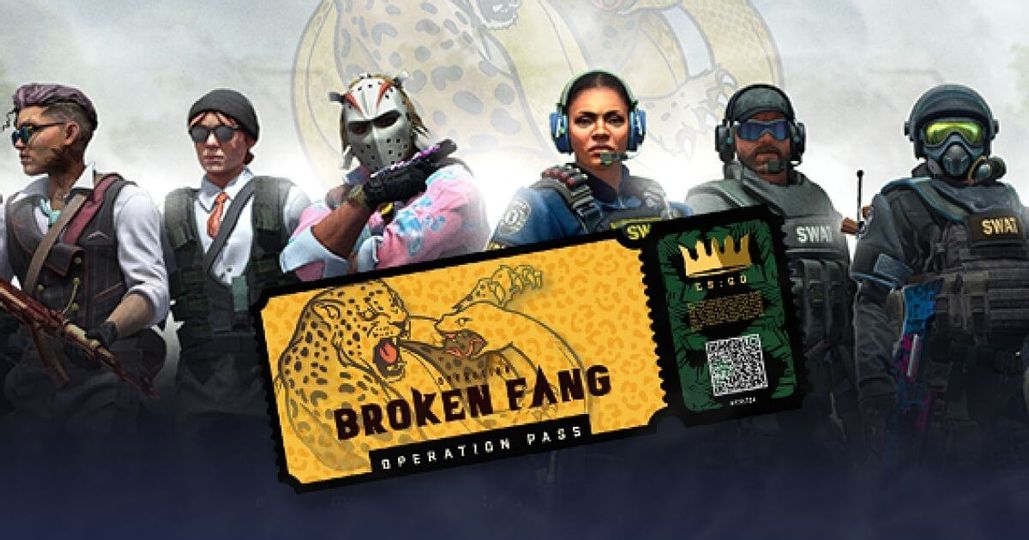 The wait is finally over for CS:GO’s Operation 10 as Valve releases ‘Broken Fang’ 249 days after the completion of their last Operation ‘Shattered Web’. Broken Fang which comes to an end on 30th April 2021 brings with it a combination of new unique content along with some tried and tested features for its users like,

This is a special 5v5 competitive matchmaking game mode exclusive for the Operation Pass Holders. This is a complete matchmaking experience as players will be getting a chance to pick and ban maps prior to starting the match.

Detailed statistics will be available under the ‘Operation Stats’ page which tracks multiple different numbers from a variety of categories. ‘Map Performance’ can be tracked to see on which maps a user performs better, the same can be done for weapons as well, and to take it all a step further various heatmaps are also generated to give good visual feedback to players.

Each week a set of missions will be generated for users which can be completed in any order to earn stars. These missions will be available for various game modes Casual, Competitive, Danger Zone, Guardian, Retakes, and Broken Fang Premier.

Something that the community had always wanted has finally been granted to them as they receive an official retake game mode with a slight twist of course.

In this game mode, three T’s will defend a particular site where the C4 is already planted while four CT’s will try to retake it. Each member of the team will have a choice to choose from one of the three loadout cards available at the beginning of each round and the game ends when one of the teams wins 8 rounds.

The main map which leads the way is Ancient which will be available for competitive matchmaking in-game. Set in an ancient rune that is in the middle of a jungle the map seems to be an inspiration from ‘Aztec’ which was a more barren version of this map.

Along with Ancient, five other community-made maps were also released and are as follows,

The stars that the users earn by completing weekly missions can then be used by them to claim exclusive rewards of their choice which ranges from agents, weapon cases, stickers, patches, graffiti, and stickers.

Here are the agent models for both the sides according to their level,

With loads of new features and so much content ‘Broken Fang’ might be the biggest operation in the history of the game. The operation has certainly turned out to be worth the wait as the INR 1,140 battle pass is packed to the brim, it will last about 147 days coming to an end on 30th April 2021 while the weekly missions will go on for the first 16 weeks.