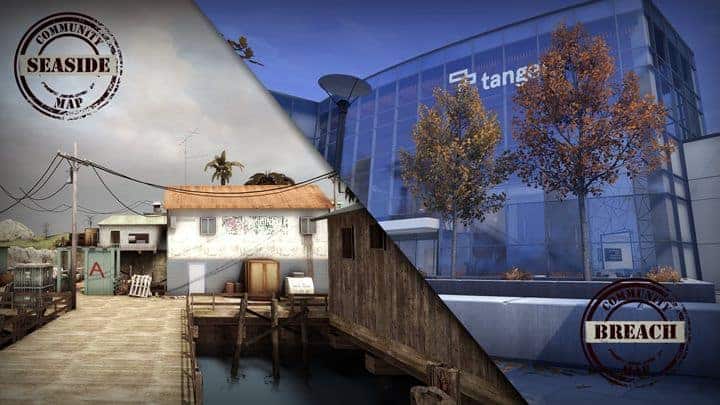 The latest update for CS:GO is a significant one. Two maps have been added to the Defusal Group Sigma competitive pool, one of which is the popular Seaside map and the other a new one called Breach. Breach is, according to the CS:GO blog, “a defusal map set in a spacious corporate building”. If you want to try the new maps they’re in Deathmatch and Casual, and are also available as Scrimmage maps under the Competitive tab.

Scrimmage is a five-on-five mode which doesn’t affect your Skill Group. As Valve explain it: “When you play a Scrimmage map all of the competitive rules are the same, but there are no restrictions on players in your party, and your Skill Group will not be adjusted or displayed after your match.”

On the way out is the Workout map, which will no longer pop up in official matchmaking. The Vertigo map has also been modified in some pretty significant ways including new approach to site B. For the full list of changes, check out the patch notes.