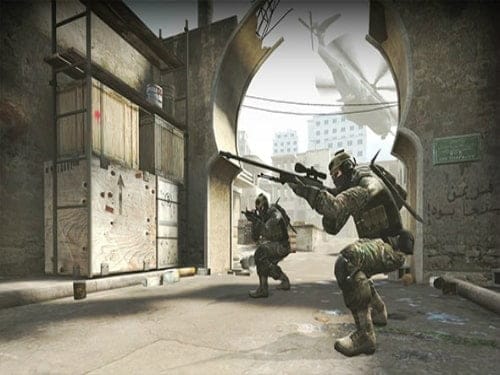 CS:GO is getting a Dust-themed battle royale map

Keen-eyed Counter-Strike: Global Offensive players have unearthed what appears to be proof of a new, Dust-themed map for the game’s new mini-battle royale mode, Danger Zone.

By digging through the game files, a redditor found a minimap image in a file called tablet_radar_xl_dust.vtf. It’s a simple map that appears to show a hilltop fortress near the center of an island with four protruding quadrants, each with different structures and topography. A path runs from the southeast quadrant, beginning at what appear to be docks, across an inlet and over the the southwest quadrant, then turning north and making two sharp turns on its way up to the set of structures at the northwest.

Dust (and Dust II) have long been popular CS:GO maps, which makes the theme a natural choice for expanding the new Danger Zone mode, which from what I hear still feels a bit weird – players are using weapons designed for CS:GO’s relatively close combat for the longer-range engagements typical of battle royales. Matches maintain CS:GO’s tempo, though, and keeping rounds to around 10 minutes or so is undeniably appealing.

Here’s the minimap image in all its glory:

Since going free to play, CS:GO has been getting a lot of negative feedback from players upset with how the transition has been handled and how players are now grouped according to whether or not they had purchased it before the switch. Hopefully a new Danger Zone map will help ease some hard feelings.