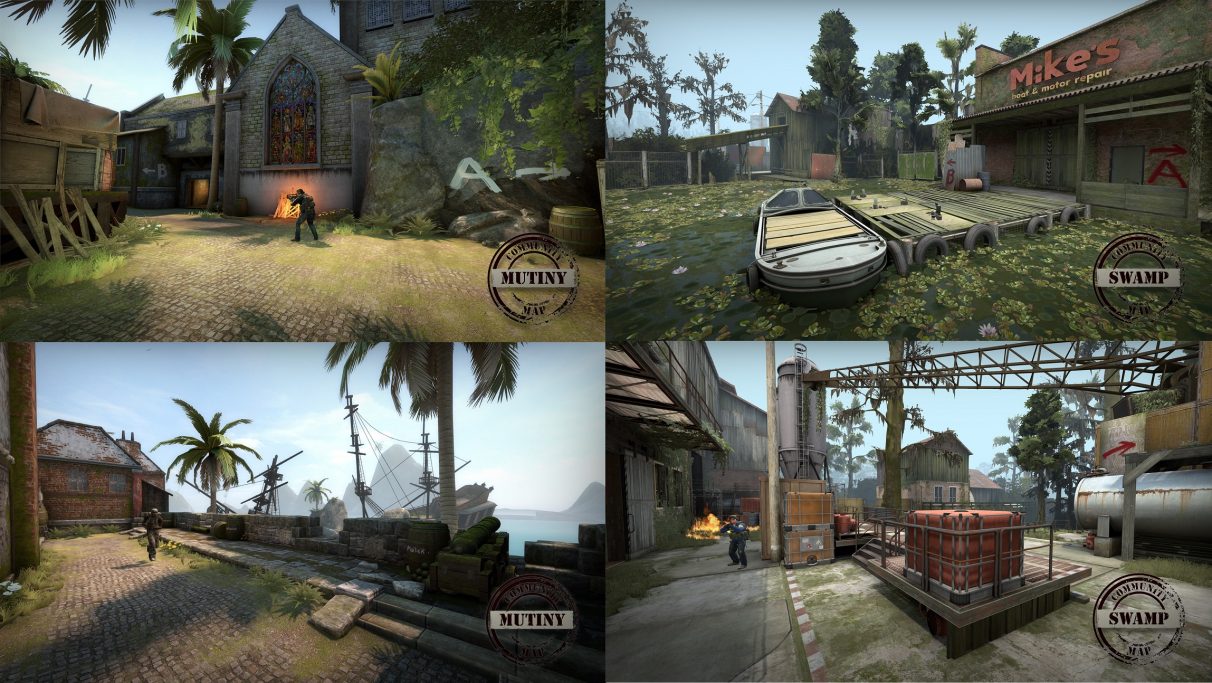 Counter-Strike: GO has swapped in a couple of player-made maps

t’s time to say goodbye to the Counter-Strike: Global Offensive maps Chlorine and Jungle, as they’ve been swapped out to make room for two new community ones. Say hello, then, to Swamp and Mutiny. The first one is pretty self-explanatory, it’s a big green swamp complete with a boat repair shop and some murky water. The second, Mutiny, is pirate-themed – as you might expect – and features a harbour-looking area with some big ol’ docked ships as delightful scenery to your tactical shooting.

These new maps will be available in the Casual, Deathmatch and Scrimmage game modes, and you can take a peek at a gallery of areas you’ll be fighting in on the Counter-Strike blog. If you don’t fancy going over there, though, here’s a few I’ve picked out for you:

Unfortunately, it doesn’t look like you can actually fight on those ships, they’re sorta sitting just outside the map. Actually, it looks like you might be fighting in a church. Not particularly Mutiny-themed if you ask me, but you do you CS:GO.

These two made their way to the game in last week’s patch, along with updates to CS:GO’s new Trusted Mode. In case you missed that, Trusted Mode is Valve’s latest anti-cheat tech that blocks third-party software from interacting with the game. Apparently it’s good at blocking certain cheat programs, but also good at blocking legit stuff like certain modes of OBS.

Trusted Mode now launches with the game by default, but they’ve introduced a new launch option with it that will allow third-party software to access the game. This might come at the cost of you being able to play on trusted servers, however, so take a look at the details for Trusted Mode on Steam if you’re unsure about what it’ll mean for you.